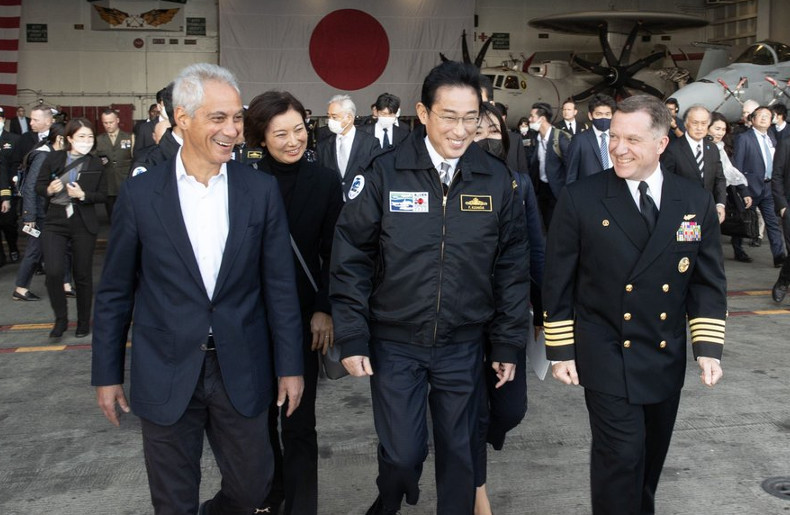 Ambassador Emanuel noted the importance of “peace through preparation, and deterrence through determination,” adding “there is no better symbol of the enduring strength of the U.S.-Japan alliance” than the spirit of the USS Ronald Reagan. He reiterated the alliance’s commitment to defend a Free and Open Indo-Pacific.

The Ambassador also met with and thanked the sailors who serve aboard the Ronald Reagan, adding, “It is the superb men and women of our armed forces that give us the advantage as we confront PRC aggression and DPRK threats.”