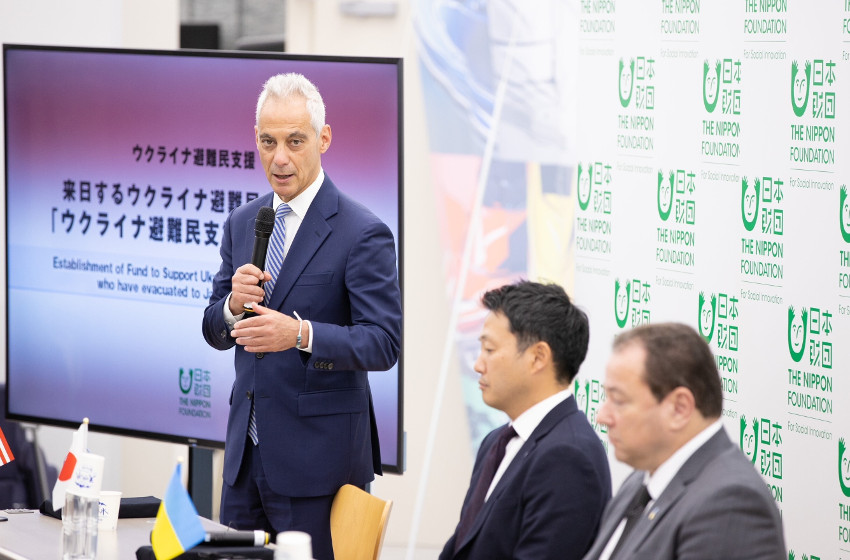 Ambassador Rahm Emanuel spoke at a Nippon Foundation event on June 13 in support of Ukrainian evacuees in Japan. The Ambassador stated:

“As someone whose family came from Odessa, I would like to thank the Nippon Foundation and Japanese people for their support of the Ukrainian evacuees. This global and humanitarian crisis requires more than just government and corporate action. Every single individual has a role to play, and this fund empowers them to do so.

“When Amy and I met with a group of evacuees in April, we were moved by their bravery and resilience. As a small gesture to help ease some of the pressures on their daily lives, we donated pre-paid cards that they could use to take the train or buy basic necessities.

“Today, I am proud to stand here with my friends, Ukrainian Ambassador Korsunsky and Sasakawa-san of the Nippon Foundation, to show what we stand for, and the difference we can make when we partner for what is right. I hope these donations bring a measure of stability to the families whose lives have been devastated by Russia’s unjust, unprovoked, and unwarranted war.”

Contributions to the fund can be made online here.

Japanese government data reports that Japan is home to 1,256 Ukrainian evacuees so far.