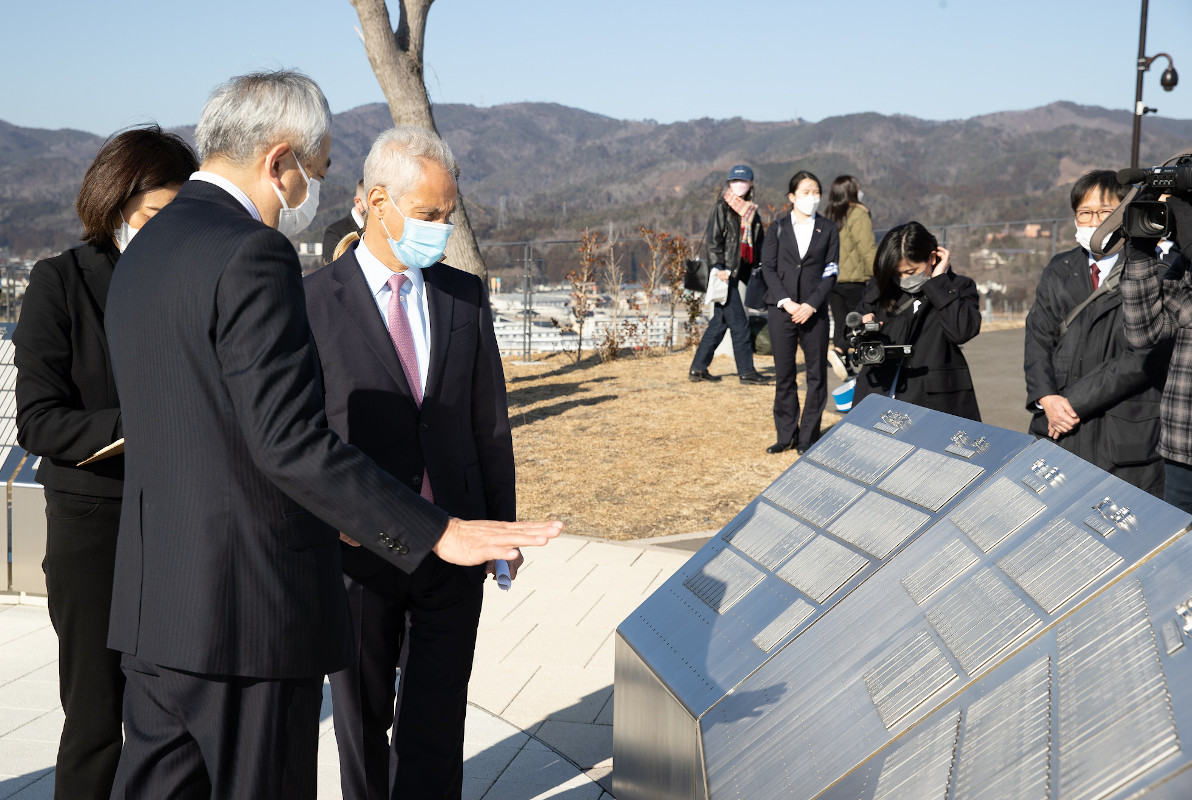 On March 10, the Ambassador joined Kesennuma Mayor Sugawara Shigeru in paying respects to the 3/11 victims, and he visited the Memorial Museum and Reconstruction Memorial Park. After laying flowers in memory of the victims of the earthquake and tsunami 11 years ago, Ambassador Emanuel told Mayor Sugawaru and assembled media that there are “No limits to the friendship between the United States and Japan.” He added that the United States would remain by Japan’s side for however long it takes to fully rebuild from the disaster.

Mayor Sugawara praised the U.S. Marines who came to his city’s aid in the weeks following the tsunami and noted that this was the first-ever visit by a U.S. ambassador to Kesennuma’s Reconstruction Memorial Park and Memorial Museum. More than 1,100 Kesennuma residents lost their lives in the March 11, 2011 disaster, with over 200 still missing.

On March 11, Ambassador Emanuel joined Iwate Governor Tasso Takuya at a ceremony in Otsuchi to express condolences for the 3/11 victims. He also heard from military members and residents about how Operation Tomodachi sparked a lifelong friendship between U.S. Marines and the people of Oshima.

The Ambassador concluded his visit to Tohoku by saying, “The United States will stand with the people of Tohoku today, tomorrow, forever.” 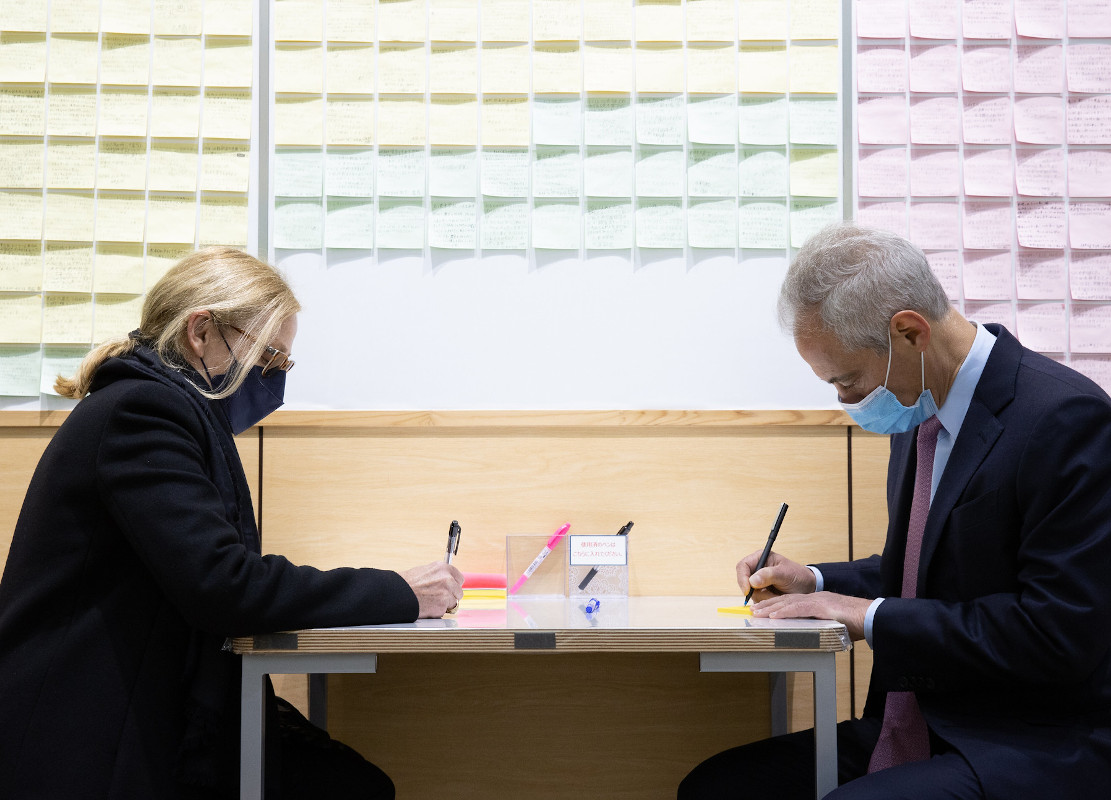 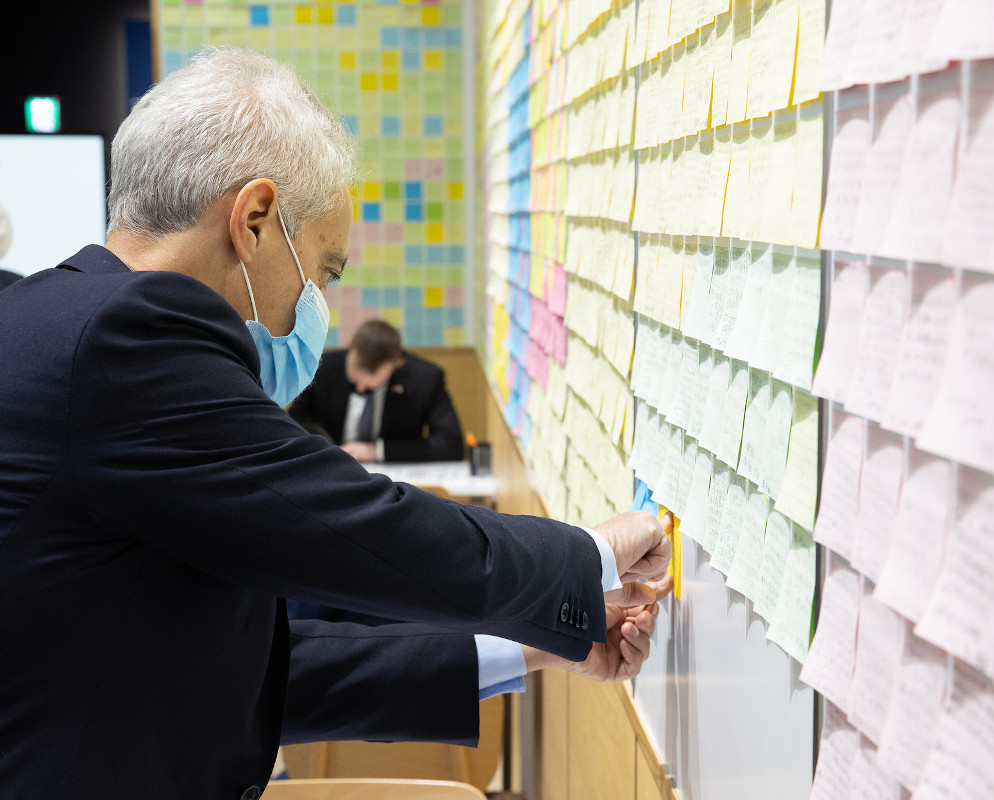 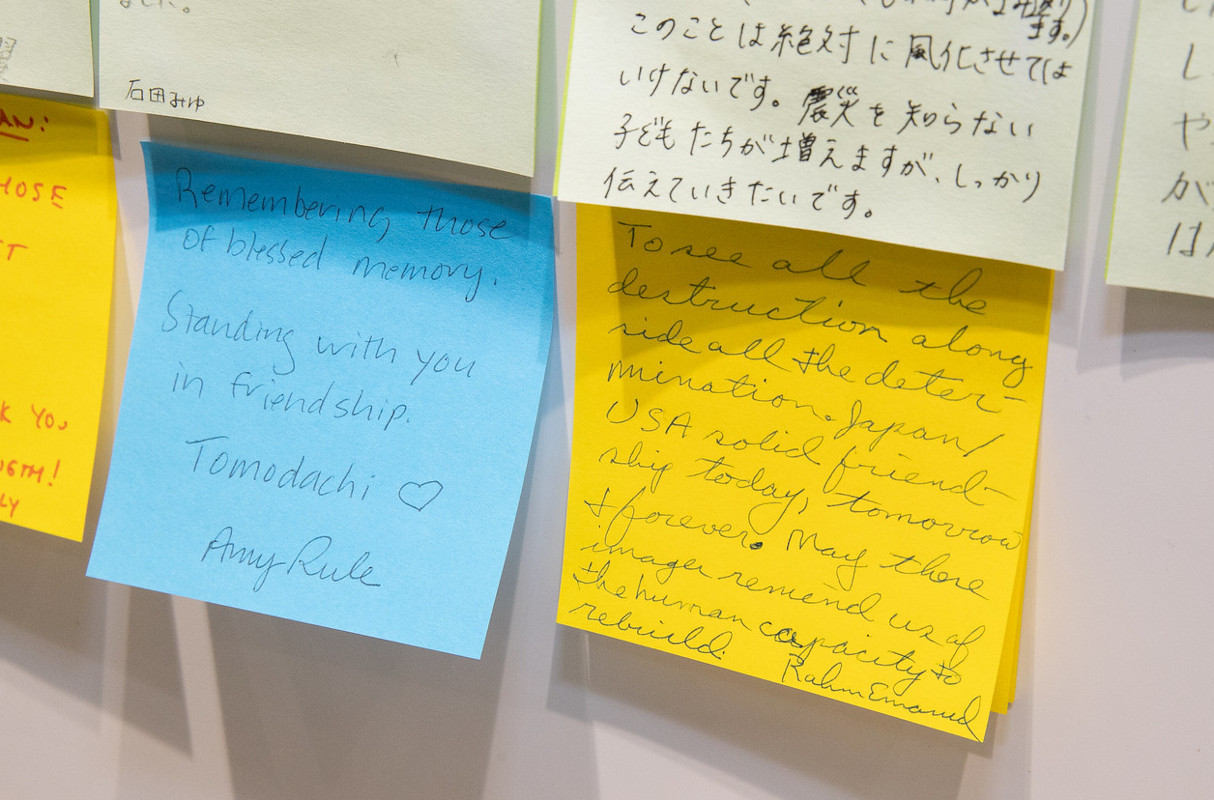