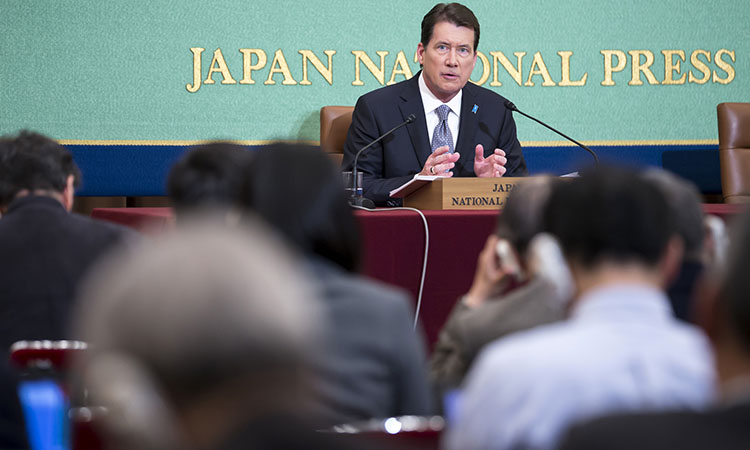 U.S. Ambassador to Japan Bill Hagerty participated in a November 17 press conference with Japanese and international media at the National Press Club.  He discussed President Trump’s recent visit to Japan, his priorities to further strengthen the U.S.-Japan Alliance, and took journalists’ questions, which centered around the bilateral trade and security relationship. At the end of the event, he shared his entry in the Press Club’s guest book, in which he quoted President Theodore Roosevelt’s words: “We must dare to be great; and we must realize that greatness is the fruit of toil and sacrifice and high courage.”