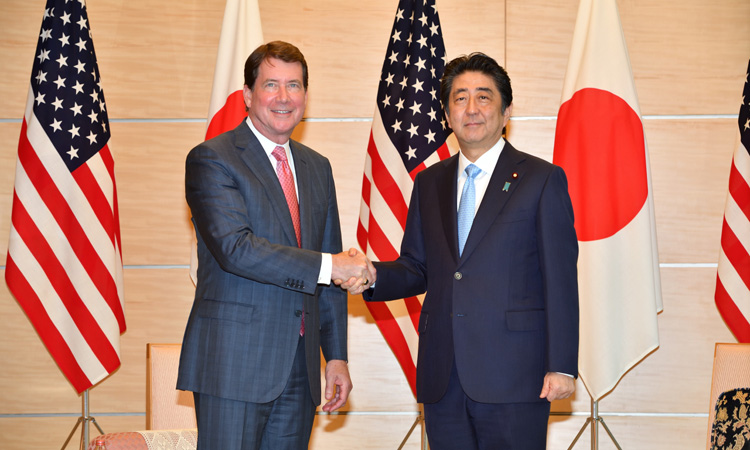 Ambassador Hagerty met with Prime Minister Abe in Tokyo on Aug. 18, the new Ambassador’s first full day on the job.

Ambassador Hagerty said, “President Trump has the highest respect for the prime minister … I assumed the post at a time when the two nations are confronted with a range of issues. I would like to deal with them together with the prime minister.”