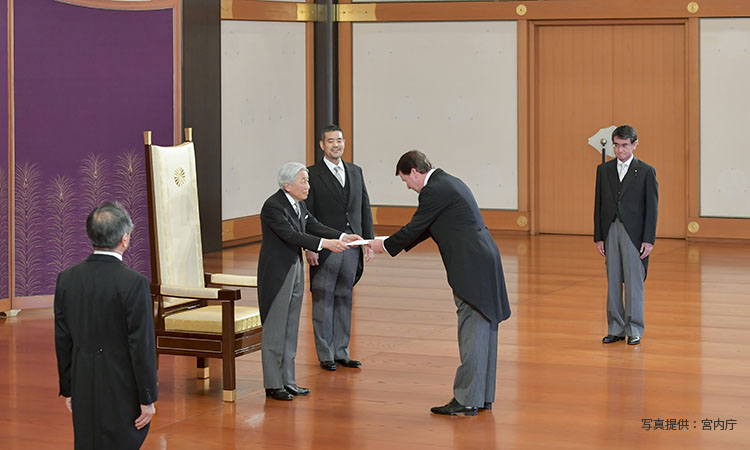 Ambassador Hagerty assumed duty as Ambassador Extraordinary and Plenipotentiary to Japan following the presentation of his credentials to His Imperial Majesty the Emperor on August 31.

The Ambassador spoke to the Press saying “Our partnership remains the cornerstone of peace, prosperity, and freedom in the Asia-Pacific region. As Ambassador, I will work closely with Japan’s government and people to maintain and strengthen our relationship and deepen our cooperation and friendship. ”