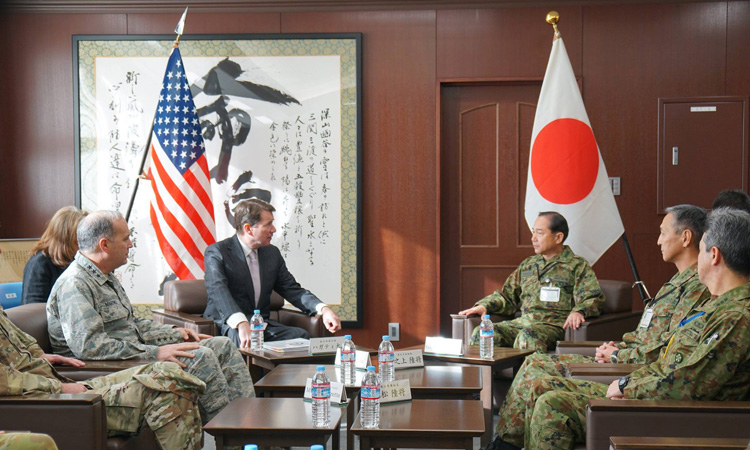 Then, after meeting with regional business leaders, Ambassador Hagerty visited the Land, Infrastructure, Transport and Tourism Ministry’s Tohoku Disaster Management Center to receive a briefing on the civilian response to the 3.11 disasters and update on reconstruction. He capped off the trip by paying a courtesy call to Miyagi Governor Yoshihiro Murai.