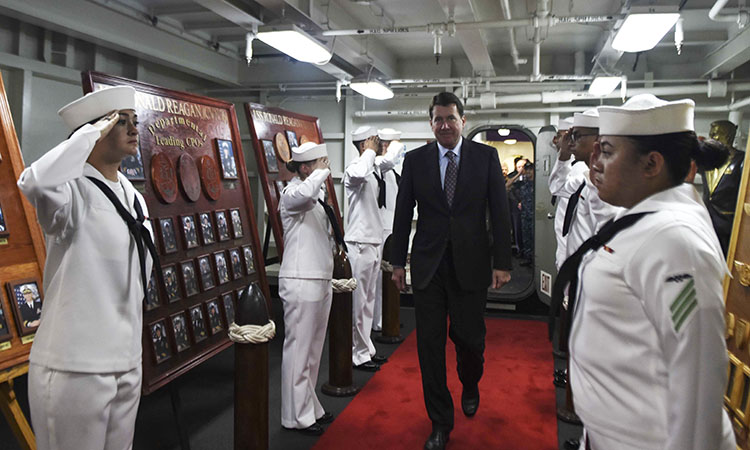 170906-N-AC117-042 YOKOSUKA, Japan - William F. Hagerty, U.S. ambassador to Japan, walks through side boys on the ceremonial quarterdeck aboard the Navy's forward-deployed aircraft carrier, USS Ronald Reagan (CVN 76). Hagerty met with senior leadership and toured the ship during his first visit to R

Ambassador Hagerty visited the Navy’s forward-deployed aircraft carrier, USS Ronald Reagan (CVN 76) on September 6.  He met with senior leaders from Ronald Reagan and Commander, Task Force (CTF) 70.   “It was an honor to visit America’s Flagship,” said Hagerty. “I’m inspired by the professionalism of our Sailors and impressed with the work they do to protect and defend the collective maritime interests of the U.S. and its allies and partners in the Indo-Asia-Pacific region.”