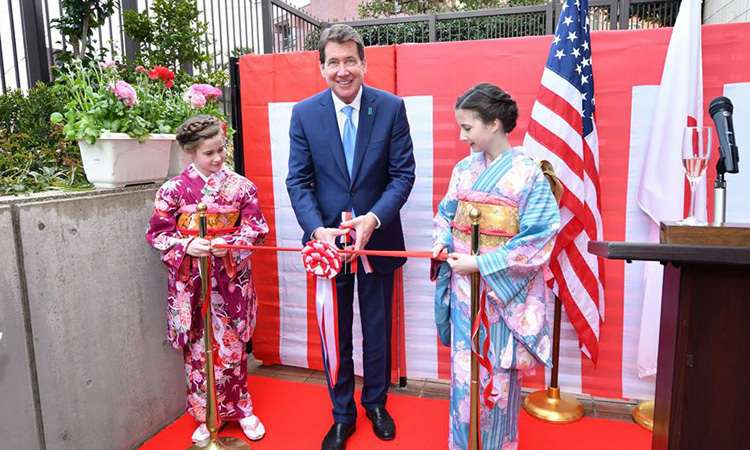 On March 15, Ambassador Hagerty participated in a ribbon cutting ceremony at the Department of State’s Foreign Service Institute in Yokohama to commemorate the Scidmore Sakura Society’s gift of a cherry blossom sapling to the facility. The sapling is a descendant of the cherry trees that Japan donated to the United States in 1912 and were planted along the Potomac River in Washington, D.C. to represent friendship between the United States and Japan.