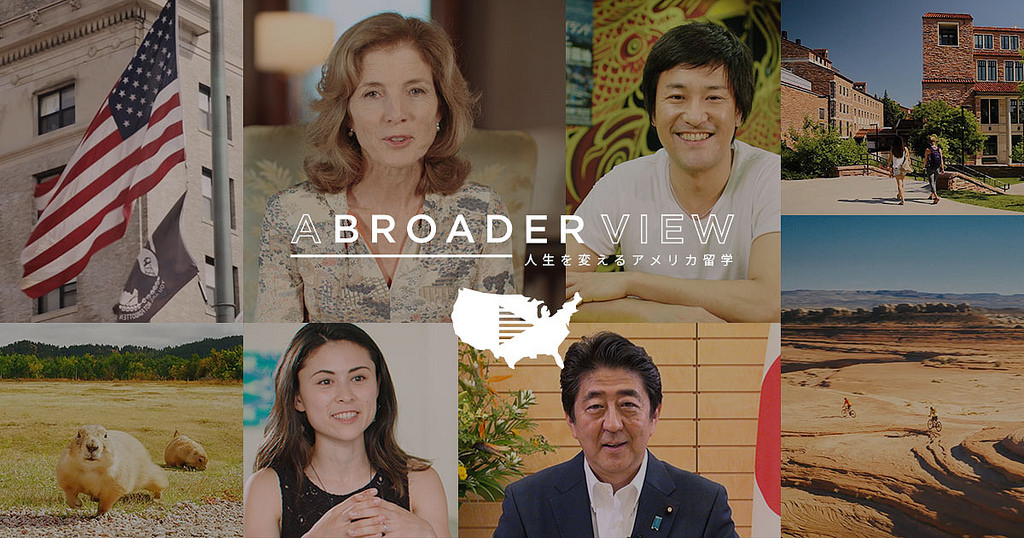 The website will help prospective students find the resources they need to pursue a course of study in the United States, and offers a new way to engage directly with EducationUSA advisers.

In her introductory video on “A Broader View,” Ambassador Kennedy commented, “I’ve had the privilege of traveling across the country and meeting inspirational people from all areas of Japanese society. I’ve found they often share a common thread, which is that a great number of them studied in the United States. They tell me that their time in America gave them a new perspective, a ‘broader view’ of the world that allows them to make an impact not only in Japan, but globally. I want the next generation to have the same transformational experiences. And so I have asked Japanese leaders from all walks of life to share their stories with you.”