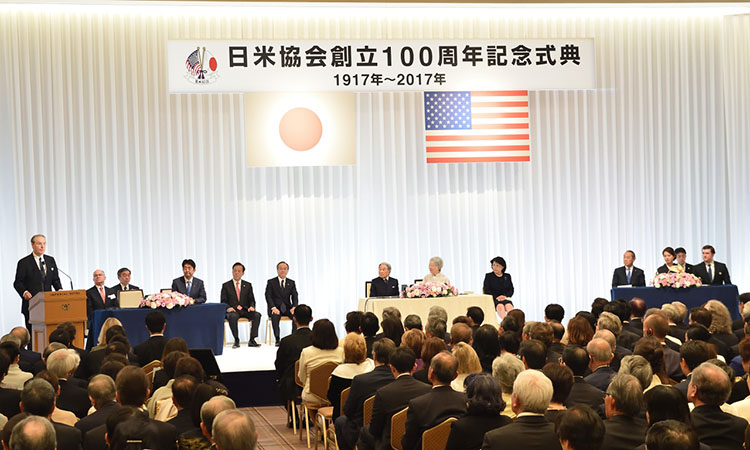 Founded by U.S. and Japanese intellectuals in 1917 to pursue educational and cultural exchanges between our two countries, the America-Japan Society is celebrating its 100th anniversary this month. At the ceremony to commemorate the centennial with the Emperor and Empress, Prime Minister Shinzo Abe and Foreign Minister Fumio Kishida, Chargé d’Affaires Hyland highlighted the Society’s achievements and read a congratulatory message from Vice President Mike Pence, in which he commended the association for its many accomplishments in bringing America and Japan closer together.