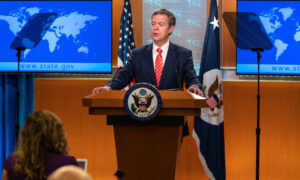 This year’s annual report, which is commonly referred to as the International Religious Freedom Report, describes the status of religious freedom in every country, and it was released on June 10. At a press conference, Secretary of State Mike Pompeo and Ambassador-at-Large for International Religious Freedom Sam Brownback spoke about the U.S. role in protecting religious liberty.

“There is no other nation that cares so deeply about religious freedom, that we gather accounts from all across the world – it’s an enormous, it’s a comprehensive accounting of this fundamental human right,” Pompeo said.