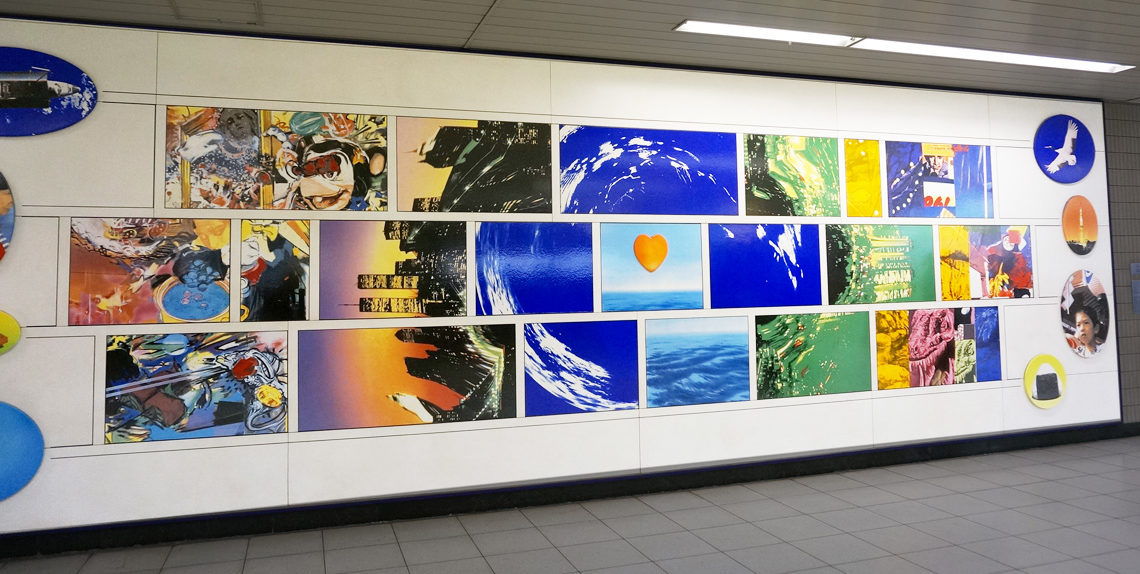 Ambassador Caroline Kennedy spoke at a rededication ceremony for the artwork “Amidakuji” in the Tameike Sanno subway station near the Embassy. She was joined by Tokyo Metro officials, artist Miran Fukuda, McDonald’s Co. representatives and former staff-members of Joan Mondale, wife of former Ambassador Walter Mondale.

Mrs. Mondale was a great patron of the arts, and she arranged for “Amidakuji” to be installed at the station in 1997, with the support of McDonald’s Company (Japan) Ltd.

The artwork is a modified “amidakuji,” which is a traditional Japanese game of luck. Unlike the standard amidakuji, this one allows players to move either to the left or to the right. This represents the trans-Pacific interchange of people and culture between the United States and Japan.