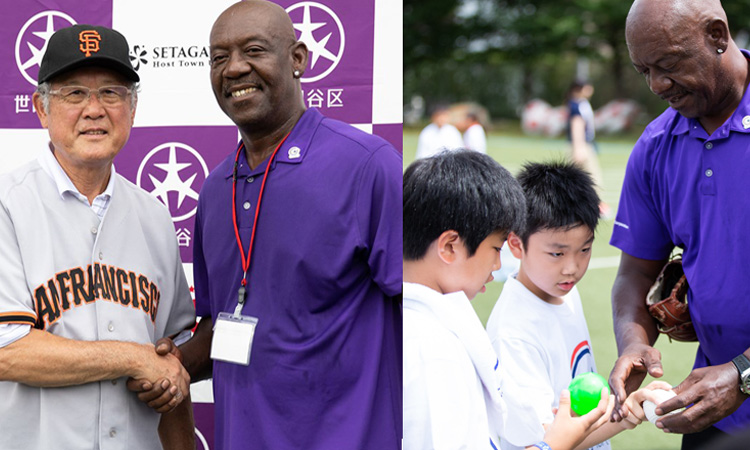 Nippon Professional Baseball legend Ralph Bryant spoke with students and parents in Setagaya and conducted a baseball practice session under the rubric of the Embassy’s “Go For Gold” program. In the U.S., Bryant played for the Los Angeles Dodgers, but his popularity in Japan stems from his days playing for the Kintetsu Buffaloes.