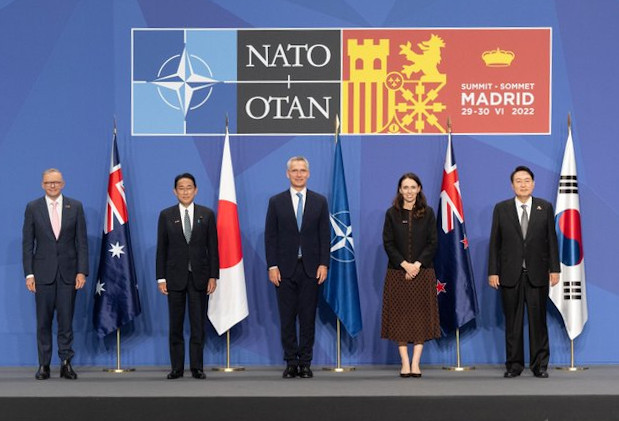 Prime Minister Kishida Fumio stands with other Asia-Pacific partners of NATO in Madrid.

The leaders of NATO countries met in Madrid June 29-30 to discuss important issues and set the alliance’s strategic direction for the next decade and beyond.

President Biden tweeted: “In a moment when Putin has shattered peace in Europe and attacked the very tenets of the rules-based order, the United States and our Allies are stepping up to support Ukraine and boost our defenses.”

Prime Minister Kishida Fumio also made history as the first Japanese leader to attend a NATO Summit, demonstrating that the Transatlantic and Indo-Pacific alliances are united in their stand to defend freedom.