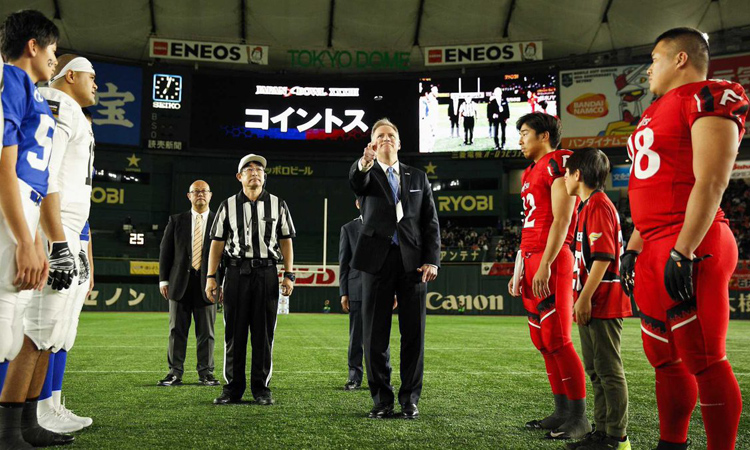 On December 16, Chargé d’Affaires Joe Young and his family attended the 33rd X-League championship at the Tokyo Dome. Before the game, the CDA was invited onto the field for the coin toss.

The family watched a riveting game between the Fujitsu Frontiers and Panasonic Impulse that ended with the Frontiers squeaking to a 28-26 victory, making this their fourth consecutive championship and fifth overall.