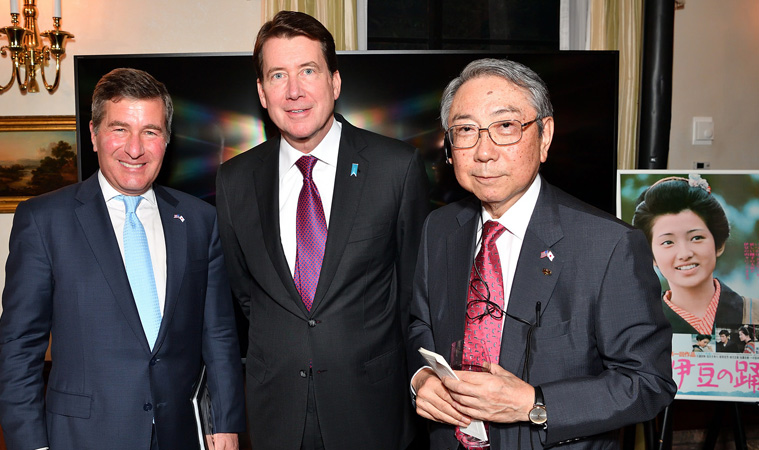 Ambassador Bill Hagerty hosted a reception on October 24 to celebrate both American and Japanese cinema. With the start of the 31st Tokyo International Film Festival, prominent celebrities came out to pay tribute to the creativity, cross-border collaborations, and investments that drive the vibrant international film industry.