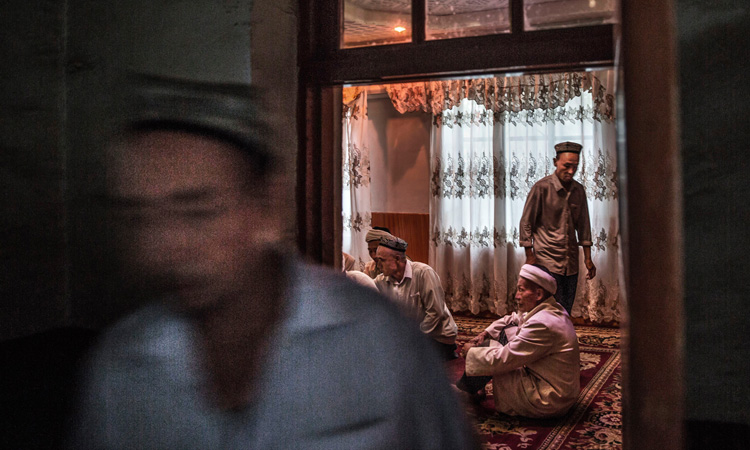 Tuepan, China - Uyghur men gather for a holiday meal during the Corban Festival on September 13, 2016 in the far western Xinjiang province of China, which is home to roughly half of the country's 23 million Muslims. (Photo by Kevin Frayer/Getty Images)

Chinese authorities in parts of Xinjiang Uighur Autonomous Region are reportedly forcing Muslims to eat pork or risk their freedom as part of their observance of the lunar calendar’s Year of the Pig. Not only do many Muslims consider it unclean to eat pork, but many Chinese Muslims do not observe the Lunar New Year in the same way as Han Chinese. If Muslims refuse to eat the pork presented to them by the authorities, they are reportedly labeled as “extremists” and threatened with being sent to internment camps.