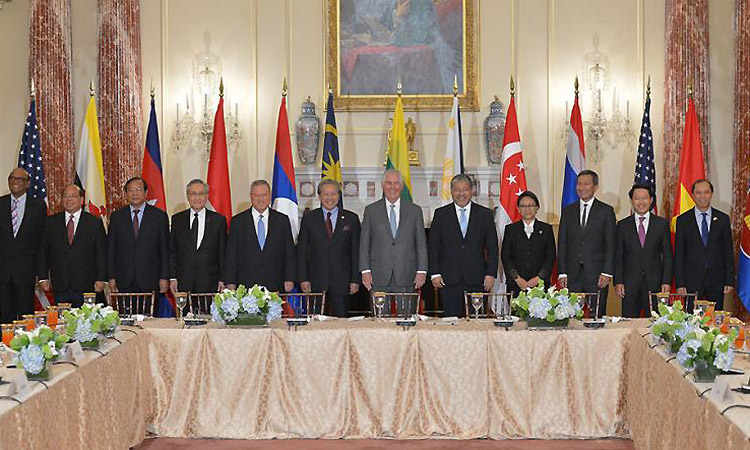 Secretary of State Rex Tillerson hosted the Foreign Ministers of the Association of Southeast Asian Nations on May 4 at the Department of State for a special U.S.-ASEAN Foreign Ministers meeting. The event commemorated the 40th anniversary of diplomatic relations between the U.S. and ASEAN, and reinforced our strategic partnership. The meeting followed the 30th ASEAN-U.S. Strategic Dialogue, at which senior officials discussed cooperation on political, security, and economic issues.

For the last 40 years, the United States has partnered with ASEAN and its member states on a political, security, and economic agenda. We also have a shared commitment to advancing peace, security, and prosperity in Southeast Asia.