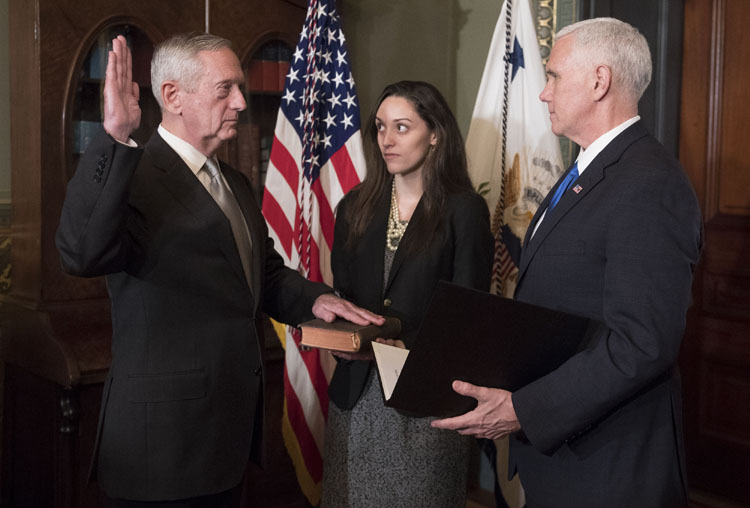 The Senate on January 20 confirmed retired Marine Corps Gen. James Mattis to be the 26th secretary of defense, and Vice President Michael R. Pence administered his oath of office on the same day.

Mattis is a veteran of the Gulf War and the wars in Iraq and Afghanistan. His military career culminated with service as commander of U.S. Central Command. He is the first retired general to hold the position since George C. Marshall in the early 1950s. Congress passed a waiver for Mattis, a retired four-star general, to serve in the position, because law requires former service members to have been out of uniform for at least seven years before serving as defense secretary. Mattis retired from the Marine Corps in 2013.