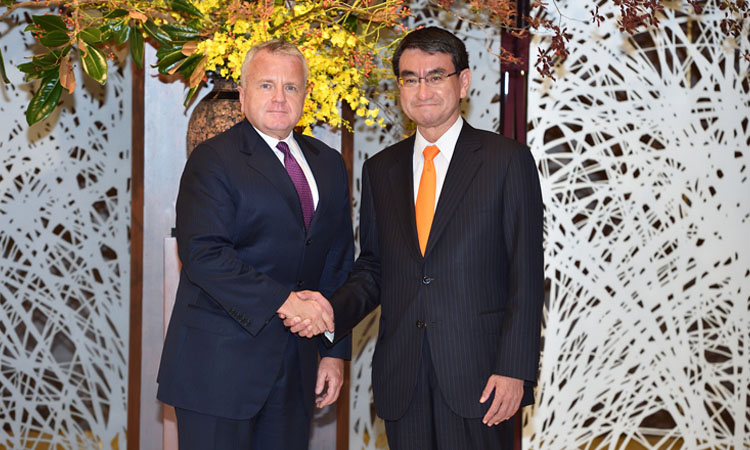 Deputy Secretary of State John Sullivan met with Foreign Minister Taro Kono in Tokyo on October 16 for discussions on regional and global areas of cooperation.

In remarks to the press, Deputy Sullivan said, “I’ve had a very productive meeting this morning … We discussed a number of issues including, principally, the DPRK and the security threat that the DPRK poses to Japan, to South Korea, to the United States, and to the globe.”

After his stop in Japan, Deputy Sullivan continued on to South Korea for further consultations.