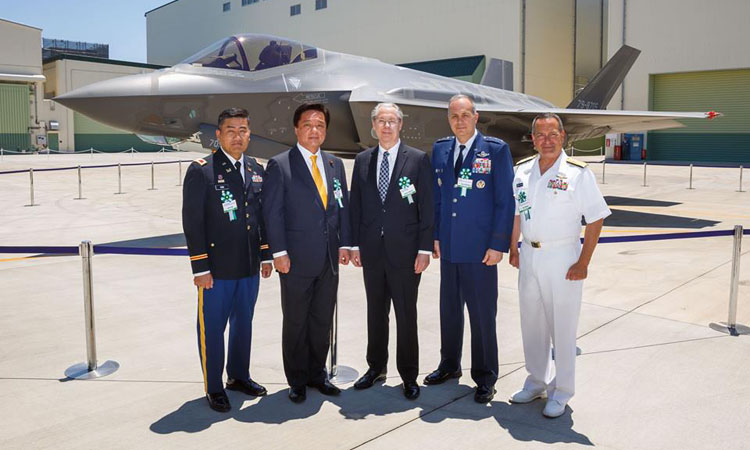 Chargé d’Affaires Jason Hyland attended the unveiling of the first F-35 plane assembled in Japan at a Mitsubishi Heavy Industries factory in Toyoyama, Aichi Prefecture. Representatives from Mitsubishi Heavy Industries and Lockheed Martin, as well as Japan’s State Minister of Defense Kenji Wakamiya participated with other U.S. and Japanese government officials in the ribbon-cutting ceremony.

During his remarks, CDA Hyland highlighted the U.S. and Japan’s shared commitment to regional security, and emphasized the important role of U.S.-Japan industry collaboration in producing this “technological marvel.”