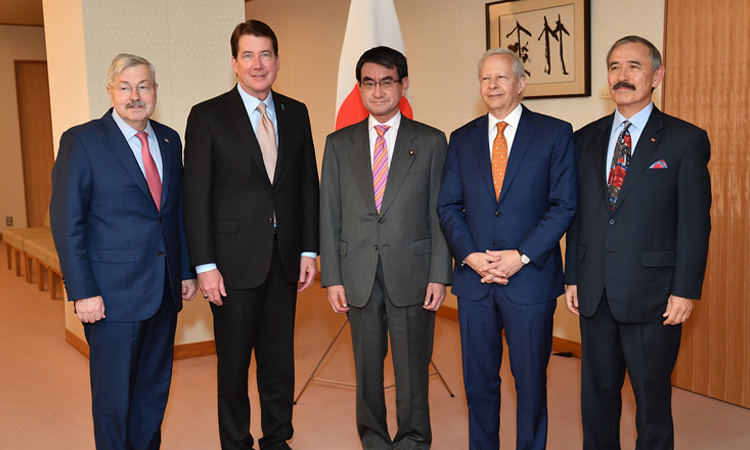 The four Ambassadors held discussions on wide-ranging issues of common concern in the region. They spoke to the press at a roundtable and then enjoyed a baseball game together at the Tokyo Dome.