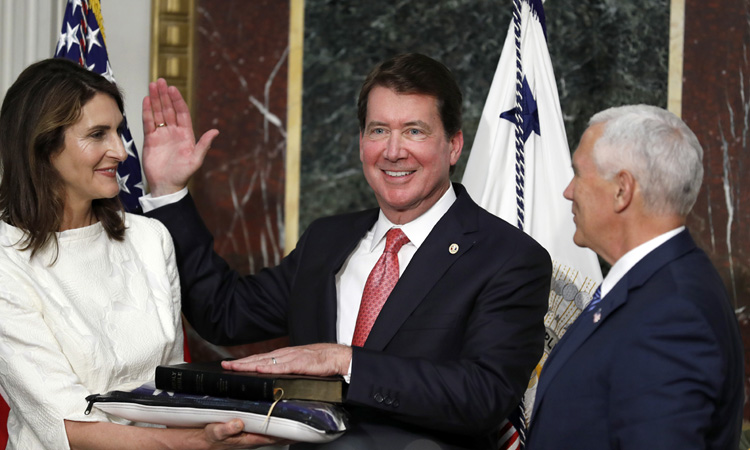 Tennessee businessman Bill Hagerty was sworn in on Thursday as the U.S. Ambassador to Japan, taking the oath of office with his wife Chrissy and their four children by his side.

Vice President Mike Pence said in his remarks that Hagerty has spent a lifetime working to strengthen ties between the U.S. and Japan, including living in Japan on a three-year assignment as a consultant.

“The U.S.-Japan alliance remains the cornerstone of peace, prosperity and freedom in the Asia-Pacific,” Pence said. “The United States and Japan stand together resolutely to confront whatever threats are posed to us … especially those posed by the regime in North Korea.”