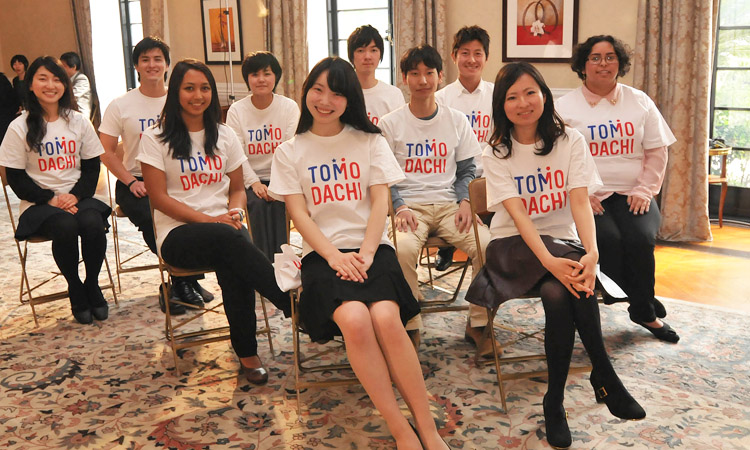 Members of the TOMODACHI Generation pose at an event at the U.S. Ambassador’s residence while awaiting the arrival of U.S. Secretary of State John Kerry in Tokyo, Japan, on April 14, 2013. [State Department photo/ Public Domain]

The TOMODACHI Initiative is an educational exchange and leadership program jointly organized by the U.S. Embassy and the U.S.-Japan Council, a nonprofit organization.

Ambassador Bill Hagerty told donors at a December 2017 event: “TOMODACHI has become the leading institution for cementing people-to-people bonds between our two countries.” He added, “Today, the initiative has sent over 6,000 people across the Pacific from the United States to Japan and Japan to the United States. … Your time, your energy, and your support are changing lives and strengthening the very foundation of U.S.-Japan relations.”