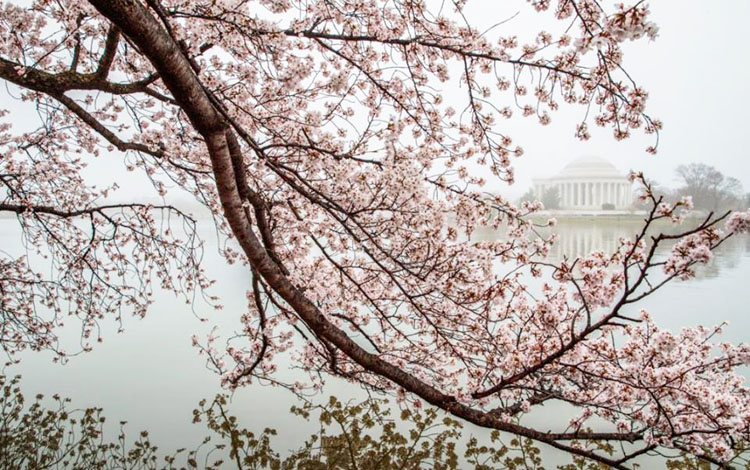 Washington’s famous cherry trees are in full bloom. This year’s National Cherry Blossom Festival honors the 105th anniversary of Japan’s gift of the flowering trees to the United States.

It took coordination and the work of many to ensure the cherry trees’ survival a century ago. A first batch of 2,000 trees arrived diseased in 1910. But two years later Tokyo Mayor Yukio Ozaki presented the city with 3,000 healthy cherry trees. First Lady Helen Herron Taft and Viscountess Chinda, wife of the Japanese ambassador at the time, planted the first two trees in a simple ceremony on March 27, 1912, at the Tidal Basin.