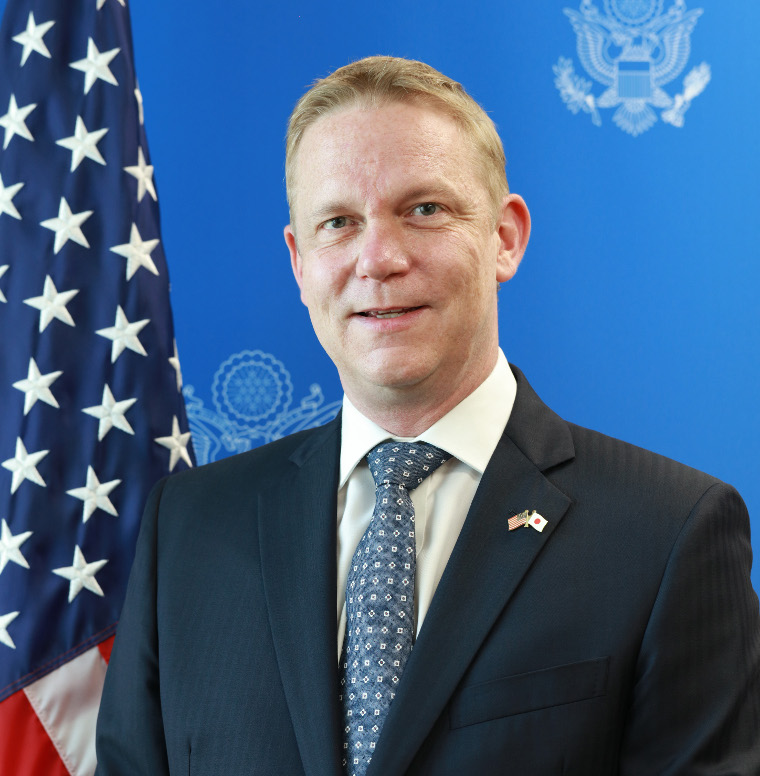 Mark Wuebbels began serving as the Principal Officer at the U.S. Consulate General Sapporo in August 2022.

Prior to assuming this role, he served as the Deputy Director in the Office of Taiwan Coordination at the U.S. Department of State in Washington, DC.

Other domestic assignments include serving as a Pearson Fellow in the U.S. Senate’s Permanent Subcommittee on Investigations, and as Political-Military Affairs Officer in the Office of Japanese Affairs.

Mark’s overseas assignments include serving as a Consular Officer in Guangzhou and Osaka, and as an Economic Officer in Shanghai.

Prior to joining the State Department, Mark worked in Himeji and Kobe from 1999-2002 as an Assistant Language Teacher and Coordinator of International Relations on the JET Program and conducted research at the Center for Nonproliferation Studies in Monterey, California. Mark is a graduate of American University and received his master’s degree in international trade from the Middlebury Institute of International Studies.

He speaks Japanese, Mandarin Chinese, Russian, and Portuguese. Hailing from the desert climate of Arizona, he and his family look forward to the winter sports of Northern Japan.