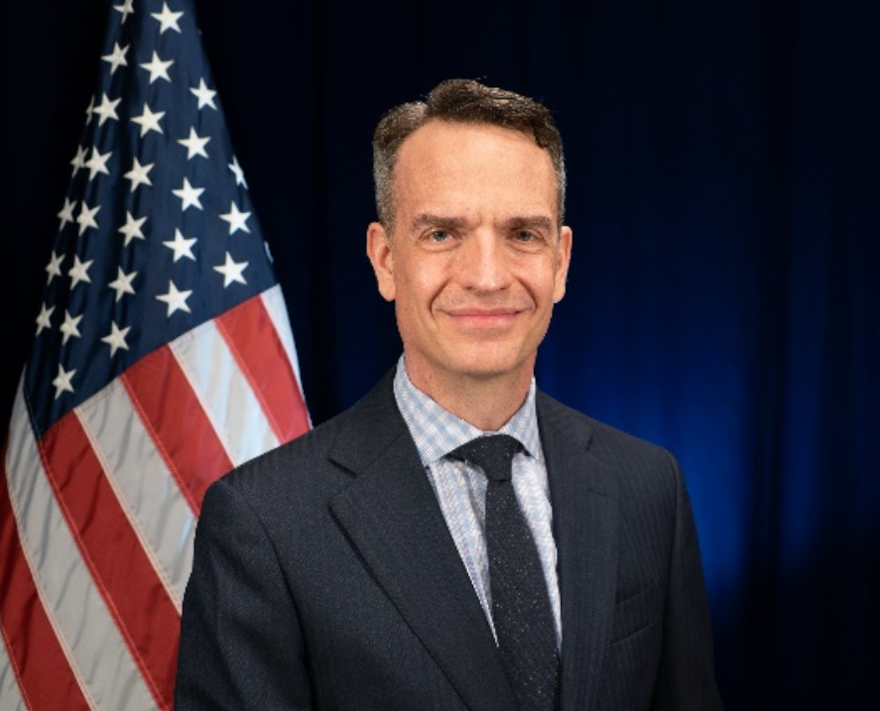 Steve Lang arrived as the Minister-Counselor for Economic Affairs at U.S. Embassy Tokyo in July 2020. Previously, he served in the Bureau of Economic and Business Affairs’ Office of International Communication and Information Policy as Director of both the Office of Multilateral Affairs and the Office of Bilateral and Regional Affairs.

From 2013 to 2015, he was the Political counselor at the U.S. Embassy in Mexico City. Previously, Steve served as Deputy director of the Office of Chinese and Mongolian Affairs at the Department of State (2011-2013) and as a senior analyst in the U.S. Trade Representative’s Office of Japan, Korea, and APEC Affairs (2010-2011). Prior tours include the U.S. Consulate-General in Guangzhou, China; the American Institute in Taiwan in Taipei; the State Department’s Bureau of Western Hemisphere Affairs; the U.S. Embassy in Bangkok; and the U.S. Interests Section in Havana, Cuba.

Before joining the State Department, Steve worked as an economist for the Department of Labor. He is a graduate of Georgetown University. Steve is married to Karin Lang, Minister-Counselor for Consular Affairs, and has two daughters.