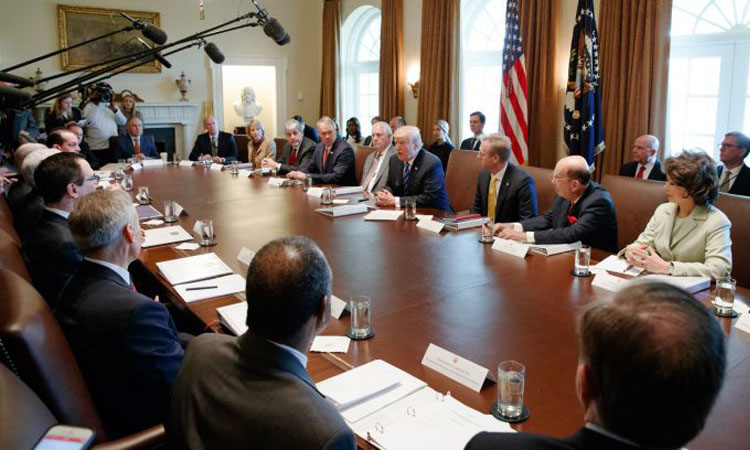 President Trump declared North Korea a state sponsor of terrorism and said the U.S. will levy the largest sanctions ever against North Korea.

“This designation will impose further sanctions and penalties on North Korea and related persons, and supports our maximum pressure campaign to isolate the murderous regime” of Kim Jong-un, the president said at a November 20 meeting of his Cabinet.