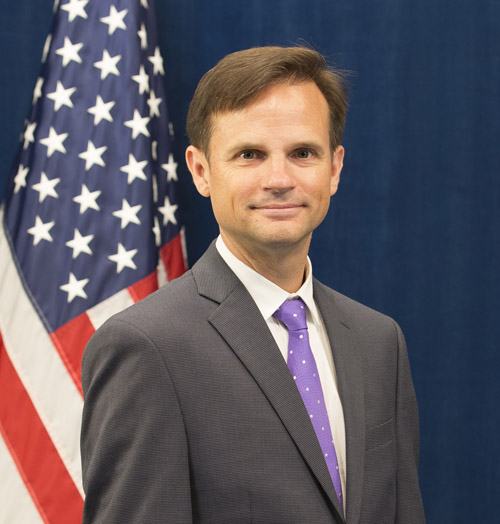 Mr. Gary Schaefer joined the State Department in 2005 following a career as a journalist. During his 16 years as a diplomat, he has been posted in Washington, Tokyo, Baghdad, Osaka and Warsaw.

Before his appointment to U.S. Consulate Nagoya in August 2017, Mr. Schaefer served as Senior Desk Officer for Norway in the Department’s Bureau of Eurasian and European Affairs. From 2012 until 2015, he was assigned to U.S. Embassy Tokyo, where he reported on domestic political developments and relations between Japan and Europe.  In 2011, he was chosen to take part in the Baker-Kato Program, a one-year exchange between the State Department and Japan’s Ministry of Foreign Affairs (MOFA). Helping MOFA colleagues organize a reunion on Iwo Jima for American and Japanese veterans of World War II was one of the highlights of his experience as an exchange diplomat.

From 2010 until 2011, Mr. Schaefer worked in the Office of Provincial Affairs at U.S. Embassy Baghdad, where he was responsible for liaising with teams of civilians and military personnel pursuing reconstruction projects in Iraq’s 19 provinces. He served as a consular officer issuing visas and assisting American citizens at U.S. Consulate General Osaka-Kobe and U.S. Embassy Warsaw.

Mr. Schaefer came to the State Department after a career in journalism that took him to Tokyo, Bangkok and London. He worked as a reporter and editor for two U.S.-based news agencies. He speaks Japanese and French, and has studied Polish and Portuguese. He grew up in Colorado. He is passionate about steam locomotives, rugby and misokatsu.