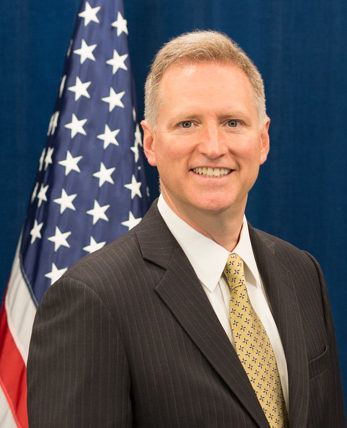 Joseph M. Young became Chargé d’Affaires ad interim, U.S. Embassy Tokyo, on July 20, 2019. Mr. Young, a career member of the U.S. Senior Foreign Service, previously served as Deputy Chief of Mission at Embassy Tokyo from 2017 to 2019. From 2014 to 2017, he served as the Director for Japanese Affairs at the Department of State. From 2012 to 2014, Mr. Young was Deputy Foreign Policy Advisor for the U.S. Pacific Command. He also served as Political-Military Unit Chief at U.S. Embassy Tokyo from 2009 to 2012.

Mr. Young holds a master’s degree in Foreign Service from Georgetown University and a bachelor’s degree in Classics from Borromeo College. He speaks Japanese and Chinese. Mr. Young is married and has three daughters.

* Information about former Ambassador to Japan Bill Hagerty
* List of U.S. Ambassadors to Japan
* The U.S. Department of State