President Biden and Prime Minister Kishida met on January 13 “at a historic moment for our Alliance, the Indo-Pacific, and the world.” They noted in a joint statement that, “Our cooperation today is unprecedented, rooted in our shared vision of a free and open Indo-Pacific and a peaceful and prosperous world, guided by our shared values including the rule of law.” 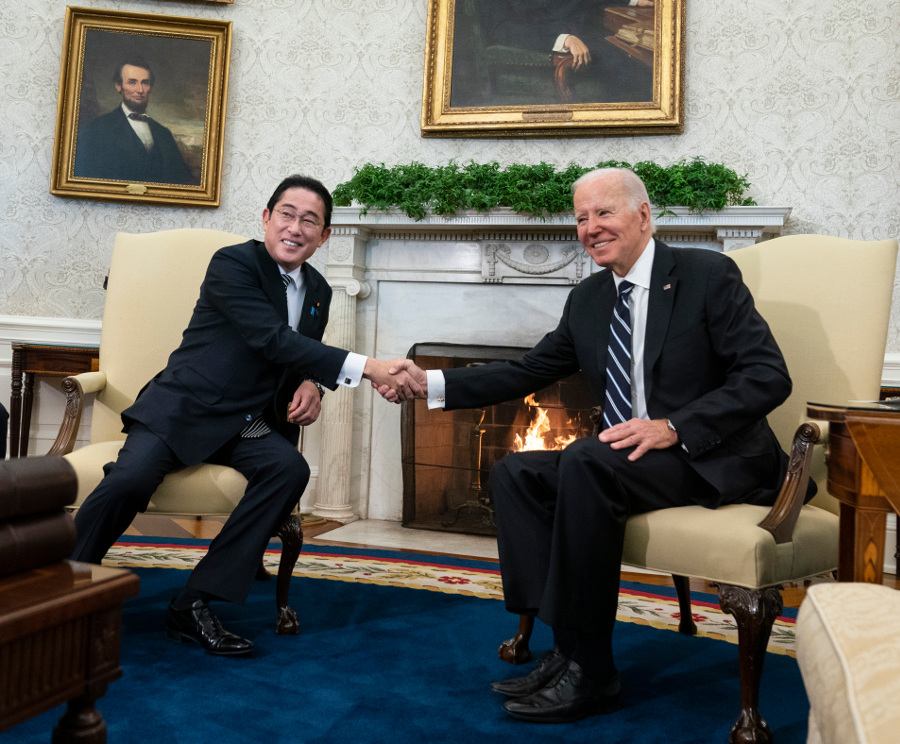 Vice President Harris also discussed with Prime Minister Kishida “regional and global issues, including the threats posed by the Democratic People’s Republic of Korea, and the Vice President reaffirmed our ironclad commitment to the U.S.-Japan Alliance.”

In addition to the U.S.-Japan Security Consultative Committee (2+2) Meeting, Secretary of State Blinken and Japanese Foreign Minister Hayashi also met and “recognized the broad convergence of shared strategic interests as described in Japan’s recent release of its National Security Strategy and National Defense Strategy. They affirmed their unwavering support for Ukraine and discussed next steps for providing assistance to Ukraine’s energy sector.” With Ambassador Emanuel looking on, they also signed an agreement on space cooperation at NASA headquarters in Washington.