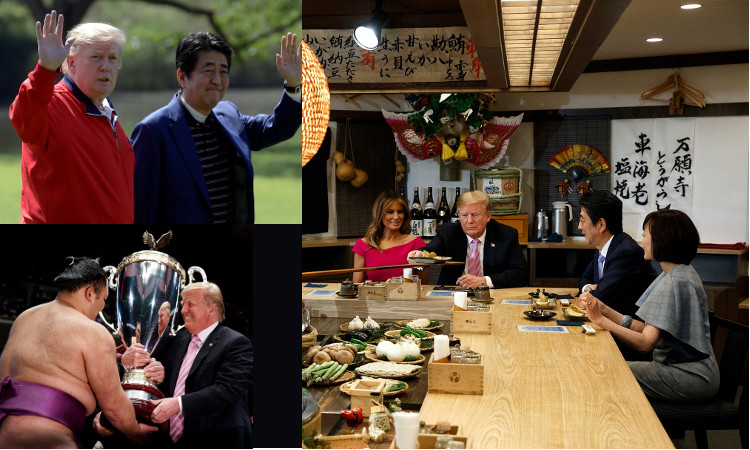 On the second day of their trip to Japan, President Donald J. Trump and First Lady Melania Trump watched live sumo bouts at Ryogoku Kokugikan, where President Trump presented a trophy to the winner of the Summer Grand Sumo Tournament. Afterwards, they had dinner with Prime Minister Shinzo Abe and his wife Akie.

Earlier in the day, President Trump played golf with Prime Minister Abe at Mobara Country Club in Chiba Prefecture, and Mrs. Trump immersed herself in Japanese digital innovation at the teamLab Borderless exhibition in Odaiba, Tokyo.