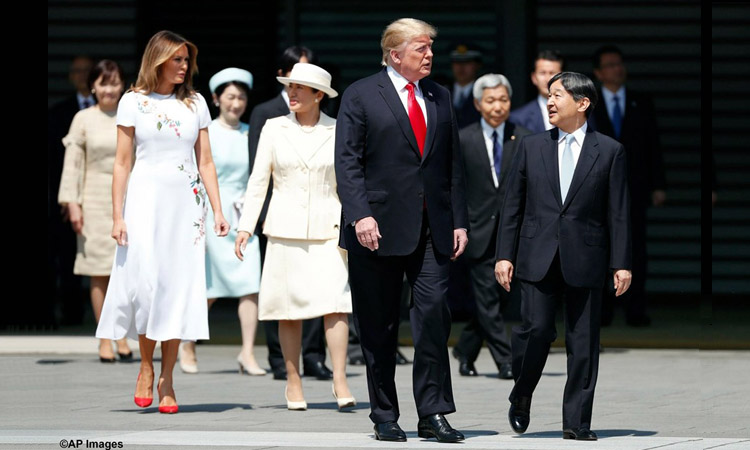 On the third day of their trip to Japan, President Donald J. Trump and First Lady Melania Trump were received by Their Majesties the Emperor and Empress of Japan at the Imperial Palace.

Later in the day, the President and the First Lady met with the families of Japanese citizens abducted by the North Korean regime, and President Trump held a joint press conference with Prime Minister Abe, followed by a state banquet at the Imperial Palace.