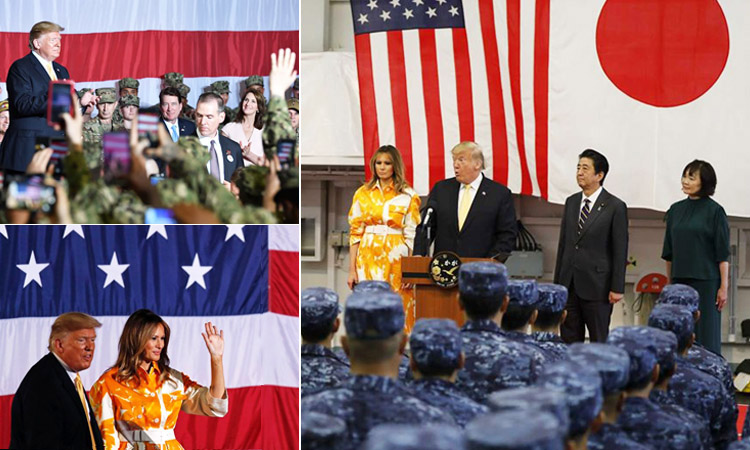 President Trump also delivered a Memorial Day address onboard the USS Wasp amphibious assault ship at Yokosuka Naval Base. He expressed his appreciation to U.S. service members. The President and the First Lady then departed Japan on Air Force One to return to the United States.