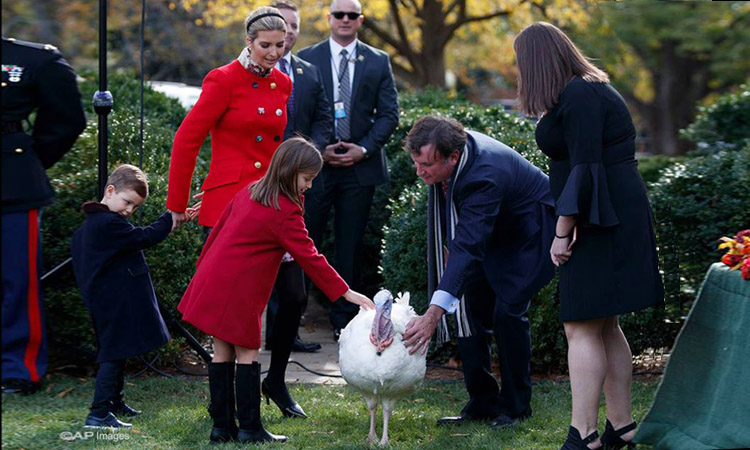 Following presidential tradition, President Trump ceremonially “pardoned” a turkey in honor of Thursday’s Thanksgiving holiday. The President celebrated the 70th anniversary of the National Thanksgiving Turkey presentation and wished everyone a safe and healthy holiday.

This year’s National Thanksgiving Turkey was named Drumstick and his alternate was Wishbone. They will join last year’s turkeys at Virginia Tech, where students and veterinarians care for the turkeys and the public can visit them. The National Turkey Federation also provided two turkeys for the First Family to donate to a charity in Washington, D.C.