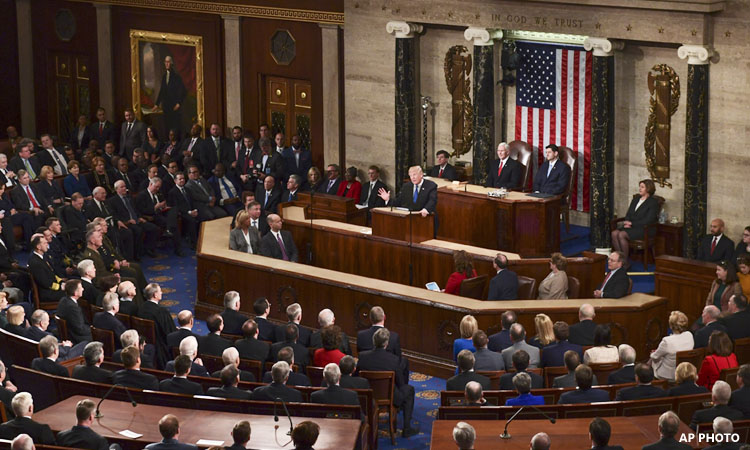 President Donald Trump delivers his State of the Union address to a joint session of Congress on Capitol Hill in Washington, Tuesday, Jan. 30, 2018. (AP Photo/Susan Walsh)

President Donald J. Trump delivered his first State of the Union Address at the United States Capitol on January 30. In his remarks, President Trump outlined the accomplishments of his first year and cast an inspiring vision for building a safe, strong, and proud America.

During the speech, President Trump addressed several foreign policy objectives, from the campaign to defeat ISIS to North Korea and Iran.

“As we rebuild America’s strength and confidence at home, we are also restoring our strength and standing abroad,” President Trump said.