Home Home | News & Events | The President’s State of the Union Speech: Why it Matters 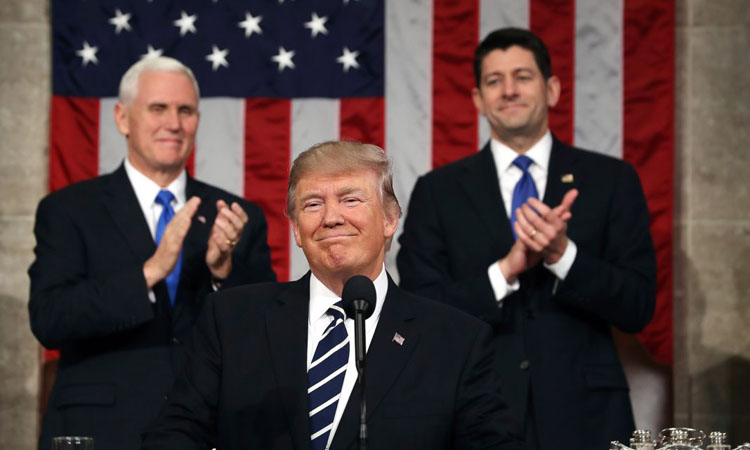 Millions of people around the world are expected to tune in to catch President Trump’s State of the Union address on January 30. The speech to a joint session of Congress is an opportunity for the president to review the past year’s accomplishments and preview his agenda for the coming year.

The speech at the U.S. Capitol every January or February also illustrates U.S. democracy in action. It is the only time – other than inaugurations and state funerals – that all three branches of the federal government are in the same room – the executive, legislative, and judicial branches.

President Trump delivered his first speech to a joint session of Congress on February 28, 2017, when he had been in office just over a month. But it was not a formal State of the Union address.