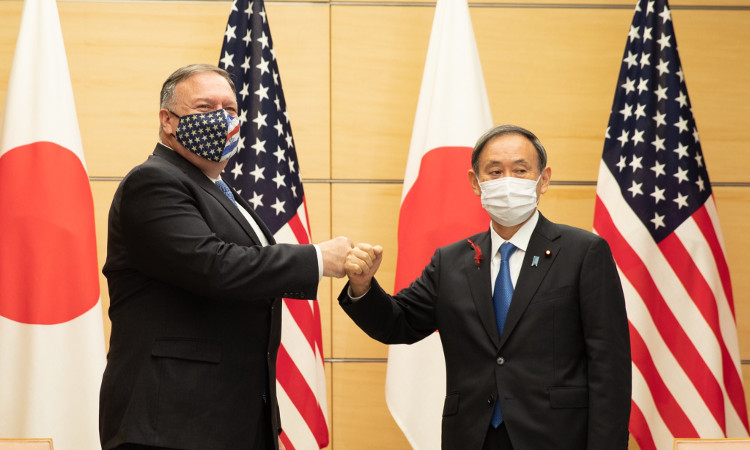 Secretary of State Mike Pompeo visited Tokyo on October 6 for bilateral meetings with Prime Minister Yoshihide Suga and Foreign Minister Toshimitsu Motegi. The Secretary congratulated the Prime Minister on his recent election. Following his meetings, the Secretary wrote on Twitter, “The U.S.-Japan Alliance has never been stronger and is the cornerstone of peace, security, and prosperity for the Indo-Pacific and will continue to be so for generations to come.”

The Secretary also met with his counterparts from Japan, Australia, and India for the Quad Ministerial, a collective effort by the four countries to advance a free, open, and inclusive Indo-Pacific. During his opening remarks, the Secretary called the Quad “a force for good in the region, and indeed the world,” adding that “the strength of our collaboration … is a testament to the enduring power of democracy to bring free peoples together.” A transcript of his full opening remarks is available here.

The Secretary also took time out of his busy schedule to meet with members of the Embassy community.