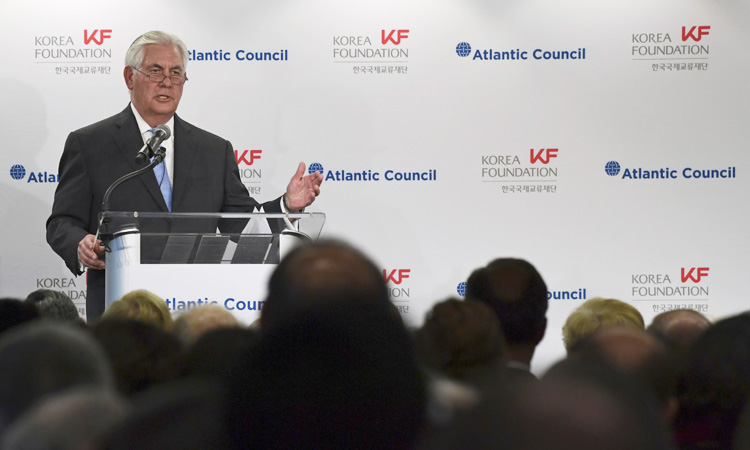 Secretary of State Rex Tillerson spoke on “Meeting the Foreign Policy Challenges of 2017 and Beyond” at the 2017 Atlantic Council-Korea Foundation Forum on Dec. 12 in Washington, DC. Reflecting on the past 11 months, Secretary Tillerson outlined many of President Trump’s foreign policy priorities around the world.

Secretary Tillerson concluded by saying, “This is not a world that lends itself to compartmentalization any longer. There’s too many interconnections, there’s too many intersections, and recognizing those is important if you’re really going to solve some of these and solve them once and for all. So it takes a little longer. It’s hard work. But that is the nature of diplomacy today in this very complicated world we find ourselves in, which has far too much conflict going on.”