Statement by U.S. Ambassador to Japan Rahm Emanuel on Promoting Peace and Preventing the Spread of Nuclear Weapons 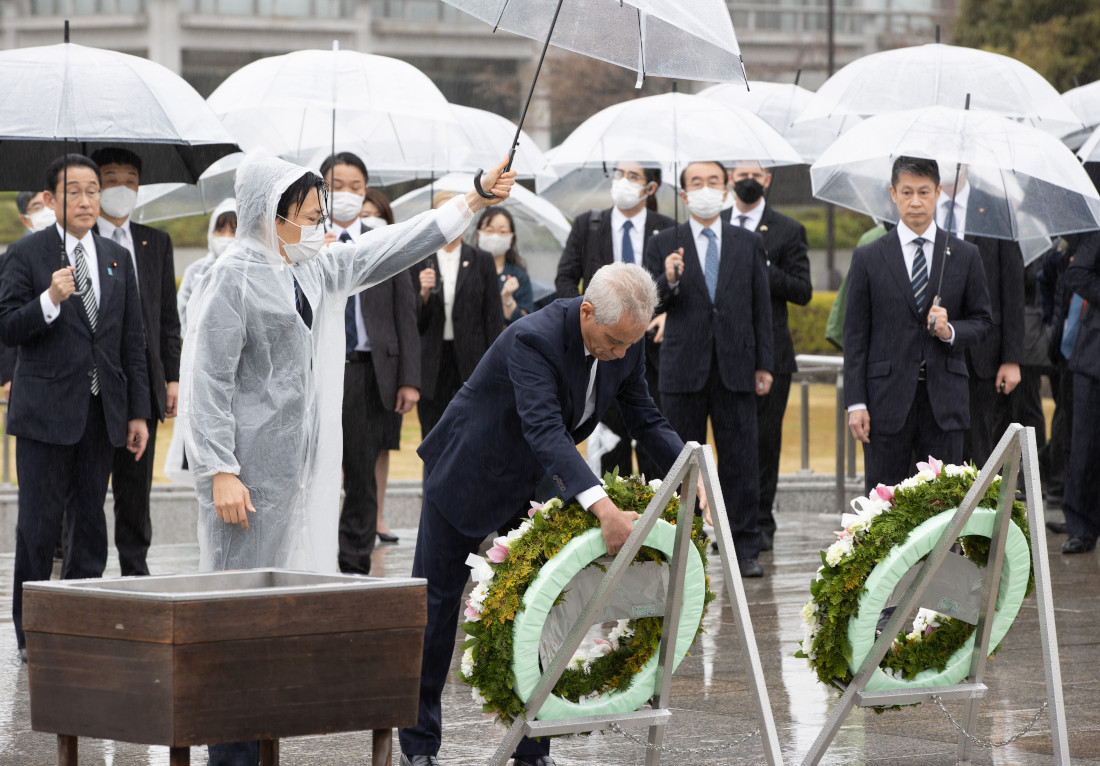 It was an honor to be the guest of Prime Minister Kishida and First Lady Yuko at their hometown of Hiroshima. Amy and I were deeply moved by the personal visit. During World War II, our countries were adversaries on the battlefield. Through hard work and cooperation we became allies and the best of friends, standing side by side in defense of freedom and common ideals as we confront oppression.

Today, we live in unprecedented times as Russia threatens the use of nuclear weapons, something that was once unthinkable, even unspeakable. The history of Hiroshima teaches us that it is unconscionable for any nation to make such a threat.

As I wrote at the Hiroshima Peace Memorial Museum:

We pay homage to the past with the decisions we make today. The lessons of Hiroshima must be our north star guiding us to a world free of war and open to peace. Let us have the courage and strength to heed the lessons represented in this museum.