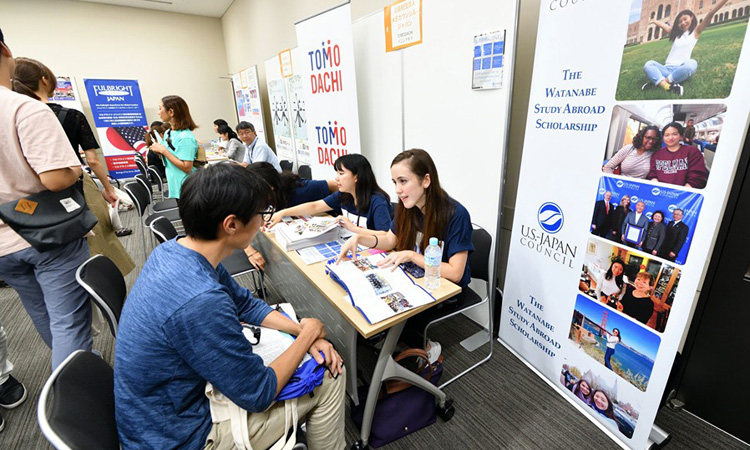 Embassy Tokyo hosted its annual “America EXPO” college fair at Ochanomizu Sola City on September 7. Over 90 U.S. colleges and universities participated in the event. Approximately 2,000 students attended 13 separate seminars covering a range of topics including scholarships, employment opportunities after studying in the United States, as well as studying abroad as a high school student.