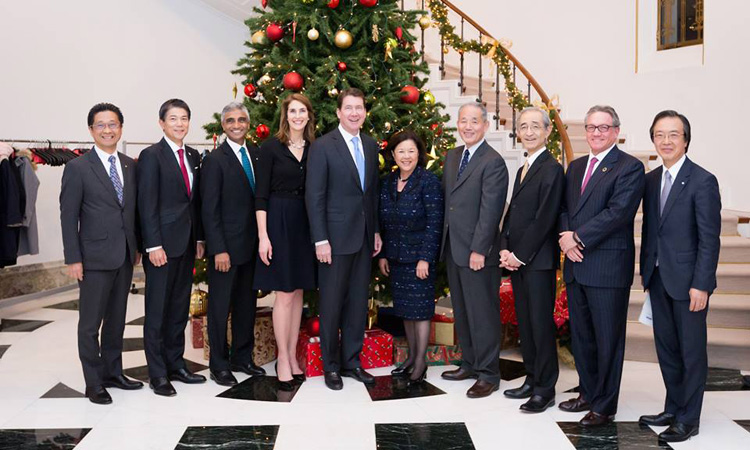 Ambassador Bill Hagerty hosted a reception on Dec. 5 at his residence to celebrate the partnership and progress of the TOMODACHI Initiative, with approximately 140 guests including TOMODACHI donors, supporters, and alumni.

The Ambassador underscored the important role donors play in bilateral exchanges that strengthen the Alliance. He welcomed former Ambassador to Japan John Roos, and invited him to make remarks. He also thanked Minister for Reconstruction Masayoshi Yoshino for the strong support from the Japanese government.

The reception welcomed nine alumni from recent TOMODACHI programs, and two of them gave inspirational speeches in front of the assembled guests.