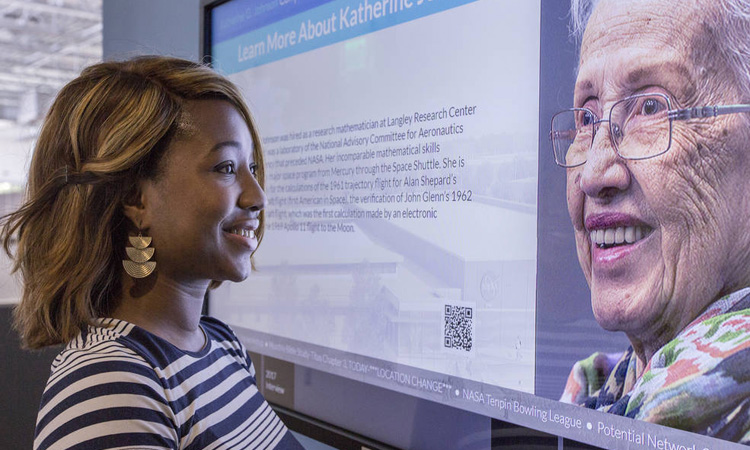 Jasmine Byrd in the lobby of the Katherine Johnson Building.

Katherine Johnson, a trailblazing mathematician whose calculations were instrumental in every major NASA spaceflight program, celebrated her 100th birthday on August 26.

One of her colleagues at NASA said, “It’s an important story – how she empowered women of all races. And she encouraged kids to learn. She influenced culture here at NASA, but also beyond and made an impact. She certainly is a role model.”