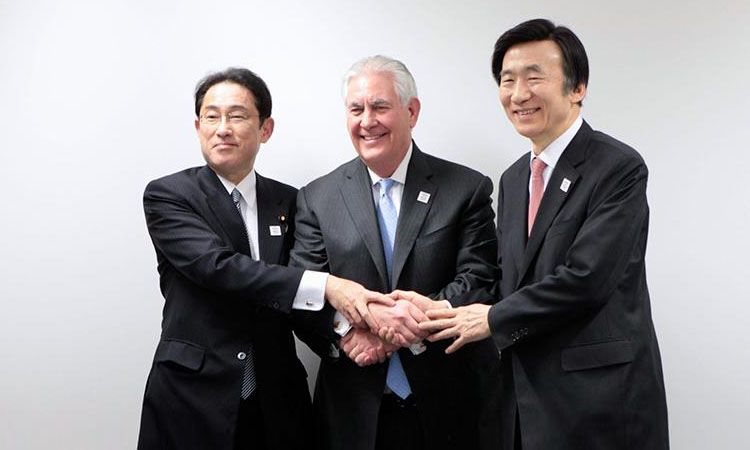 In a joint statement after the meeting, Secretary Tillerson reiterated that “The United States remains steadfast in its defense commitments to its allies, the Republic of Korea and Japan, including the commitment to provide extended deterrence, backed by the full range of its nuclear and conventional defense capabilities.”