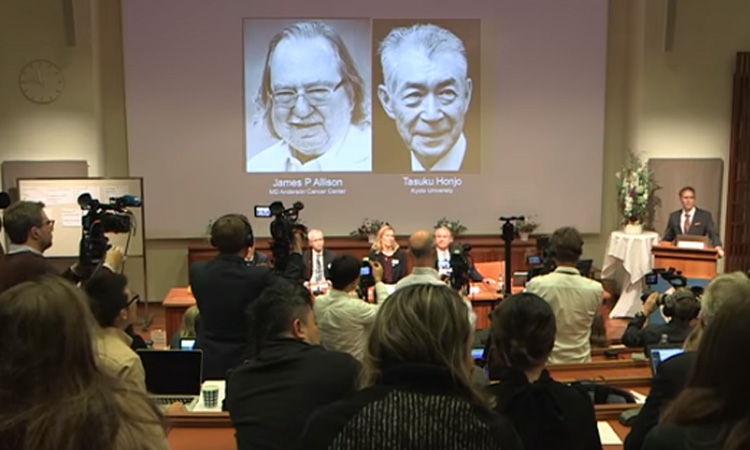 The Nobel Prize in Physiology or Medicine 2018 was awarded jointly to James P. Allison and Tasuku Honjo for their discovery of cancer therapy by inhibition of negative immune regulation.

Ambassador Hagerty tweeted his congratulations to the American and Japanese scientists saying, “Congrats to both James Allison and Tasuku Honjo on your Nobel Prize! Pioneers in cancer immunotherapy that is saving lives!