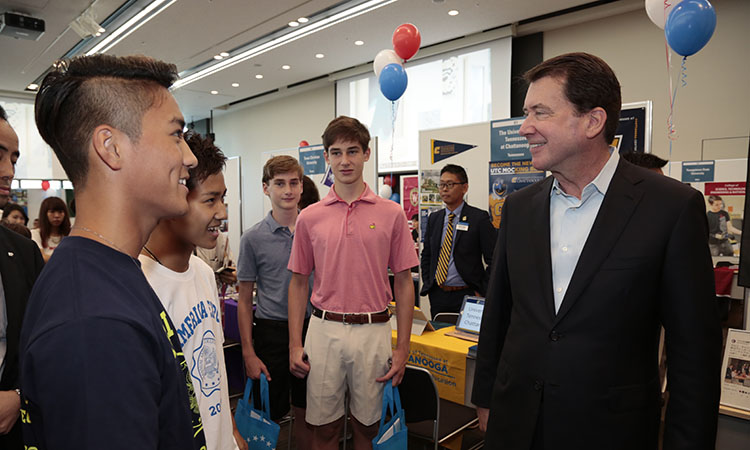 U.S. Embassy Tokyo hosted its annual “America EXPO” college fair on September 9 at Ochanomizu Sola City Conference Center.  A record 93 U.S. higher education institutions participated in the event.  Approximately 1,800 students participated in 15 separate seminars on study in the U.S., covering a range of topics including scholarships, and employment opportunities after studying in the United States, and high school study abroad.

Ambassador Hagerty gave remarks to encourage students to study in the U.S. and interacted with students, alumni, and university representatives, including from his alma mater Vanderbilt University.  Ayumu and Masahiro from Project Taro, who studied dance in New York, had a Q&A session with students.