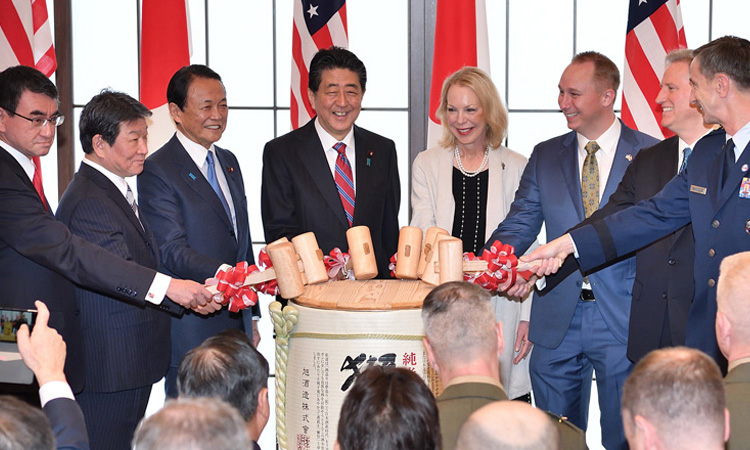 On January 19, U.S. and Japanese officials celebrated the 60th anniversary of the U.S.-Japan Alliance at a reception co-hosted by Foreign Minister Motegi and Defense Minister Kono. The event brought together political, diplomatic, and military officials in celebration of our enduring partnership.

During his remarks, Prime Minister Abe discussed the special bond between President Eisenhower and Abe’s own grandfather, Prime Minister Kishi. He said that the same bond continues to this day in his relationship with President Trump.

Chargé d’Affaires Joe Young delivered a statement from President Trump that congratulated the leaders in attendance and noted that our Alliance has been “essential to peace, security, and prosperity for the United States, Japan, the Indo-Pacific region, and the entire world.”