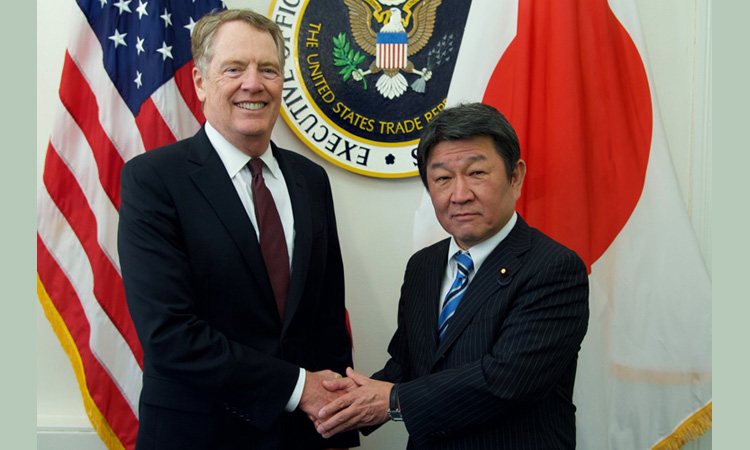 The two officials reaffirmed their shared goal of achieving substantive results on trade in furtherance of the joint statement issued by President Donald Trump and Prime Minister Shinzo Abe on September 26, 2018.