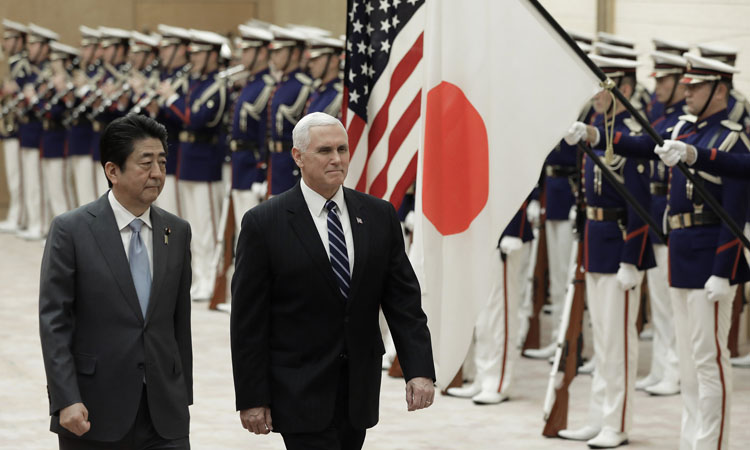 Vice President Mike Pence and Second Lady Karen Pence arrived in Japan last night for their second trip to the region under the Trump administration. Today, Vice President Pence visited the Ministry of Defense to observe Japan’s missile defense facilities and receive a briefing from ministry officials. In a joint press conference after the meeting, the Vice President reaffirmed U.S. commitment to continue to place maximum pressure on the North Korean regime.

Mrs. Pence visited the city of Chiba to meet with Mayor Toshihito Kumagai and talk with Japanese students about their experiences during exchange programs with Chiba’s sister city of Houston, Texas.